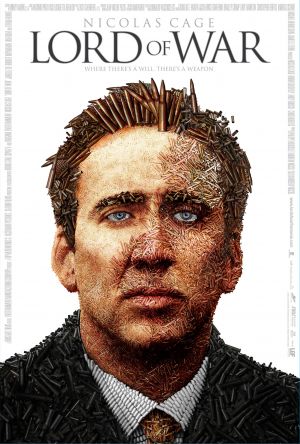 Less than the sum of its parts


Soon there’s gonna be a knock on that door and you will be called outside. In the hall there will be a man who outranks you. First, he’ll compliment you on the fine job you’ve done, that you’re making the world a safer place, that you’re to receive a commendation and a promotion. And then he’s going to tell you that I am to be released. You’re going to protest. You’ll probably threaten to resign. But in the end I will be released. The reason I’ll be released is the same reason you think I’ll be convicted. I do rub shoulders with some of the most vile, sadistic men calling themselves leaders today. But some of those men are the enemies of your enemies. And while the biggest arms dealer in the world is your boss, the President of the United States, who ships more merchandise in a day than I do in a year… sometimes it’s embarrassing to have his fingerprints on the guns. Sometimes he needs a freelancer like me to supply forces he can’t be seen supplying. So… you call me evil. But unfortunately for you, I’m a necessary evil.

This is a great quote, and I enjoyed this fragment more than the film in its entirety. Lord of War could had been a great film; It tackles an interesting subject and has some beautiful cinematography. Unfortunately, it’s hobbled by a mediocre script and lackluster acting.

The film’s fundamental flaw is that it tries to be too many things at the same time. It’s part crime thriller, war film and family tragedy at the same time; The result is that it is not good at any of these things. If the film had picked only two plots and stuck with them, it would have had more time to create depth.

For example, a major plot is Interpol officer Valentine trying to arrest Yuri for violating arms embargos. However, Ethan Hawke has barely any screen time, and is easily forgotten. Often he is given screen time just to remind us that he is still there. To advance the plot, Nicholas Cage uses monologues to tell us the plot, rather than show us.The film flits from plot point to plot point; By the time we understand what has happened, we’ve moved on to the next scene. This is done to fit the entire plot into the running time of the film, but results in a disjointed film of loosely connected scenes. Many of the scenes are great by themselves, but together they fail to form a coherent narrative. Dropping some of the subplots in the film would give the director more time to create depth, even if some of the “cool” scenes would have to be dropped.

The film attempts to create drama by raising stakes to melodramatic proportions. This would seem ideal for large ham Nicholas Cage but instead he plays it eye-rollingly straight, making the film silly rather than absurd. It’s not enough for Yuri to be a successful, wealthy arms dealer with a family, his wife must be a supermodel he has admired since he was a child and seduced only through his willpower. The warlords and dictators he sells to are not merely violent, they are pure evil. The Liberian dictator murders children on a whim, and his heir is a cannibal. The good guys are saints, sacrificing themselves while the amoral Yuri serves himself. I think that building such simple narratives around war is actively harmful to peace. The narratives we build around war are what convince us to keep fighting, and creating caricatures of evil is just as large obstacle to peace as any M16 - if people believe they are fighting a great evil, they will never lay down their arms.

Despite his poor performance in this film, I don’t think Nicholas Cage is a bad actor; The script forces all of the actors to be bad. Especially While hardly a terrible film, I was better off watching fragments of it on youtube than in it’s entirety.